Home / Latest / No to Spanish state repression of artists! For artistic freedom from censorship and capitalism!

No to Spanish state repression of artists! For artistic freedom from censorship and capitalism! 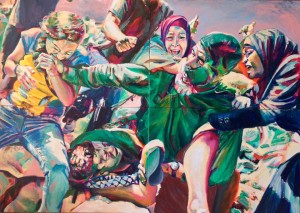 Turn repression of freedom of expression into mobilisation!

Over recent weeks, the Spanish state and the capitalist class it represents have again shown their true repressive nature.

Thy have jailed Mallorcan rapper Josep Miquel Arenas Beltrán, known as ‘Valtònyc’, for over three years over his songs. The courts found his music glorified terrorism, committed slander, defamed the crown (“lèse-majesté”) and included threatening lyrics.

During the same period, the conceptual artist Santiago Sierra had his artwork ‘Contemporary Spanish Political Prisoners’ withdrawn from the Arco fair in Madrid before anyone had a chance to see it. As stated by organisers, “the fair understands that the controversy that the exhibition of these pieces has caused in the media is damaging the visibility of the rest of the art displayed.”

These are just the latest attacks on artistic freedom of expression in the Spanish state, added to repressive laws over recent years, the violence of October 1, the imposition of ‘article 155’ in Catalonia and accompanying Jailings. These attacks should be a clear reminder to all that fear and violence are the capitalists’ ultimate answer to the crisis of their system.

The artistic community must answer these attacks. It must not become the accepted norm that intimidation and censorship silence artists and political action.

These attacks must be a call to artists, workers and young people to renew the struggle to bring down the right-wing Partido Popular government in Madrid, and the repressive social system it represents.

They are scared of artists and the voice of opposition that we can create – especially if we link that to the wider social movements and struggles that exploded in 2017 in particular. Why else would they send out these signals of repression?

We must answer these attacks with an avalanche of anti-establishment art – and most importantly, by organising protest actions that expose the corruption of the system and help to build a movement to end it.

We must fight not only against attacks on freedom of expression, but on all issues that affect us – like affordable spaces, proper payment and rights for our work, and the precarious existence that we live with.

Not all art, of course, lends itself to political messages. In Bad Art we are often not ‘political artists’ as such, but we are artists that are politicised.

We mobilise and organise as artists and workers, using our skills to fight for our rights, and alongside the working class and youth against all exploitation and oppression. We believe it necessary to end the capitalist system that often crushes the artistic spirit, and replace it with a socialist society.

Bad Art is an international project bringing together socialist artists. This year we are commemorating the 80th anniversary of André Breton, Diego Rivera and Leon Trotsky’s ‘Manifesto: towards a free revolutionary art’. For this we will be organising events and actions around Bad Art’s main themes of struggle: access, freedom and organisation.

We encourage you to contact us, and get involved. Join with us yourself, or link your collectives with us. Artists must not stand alone. Solidarity and mobilisation can push back repression.