A world to win – Austria #badartworldtour 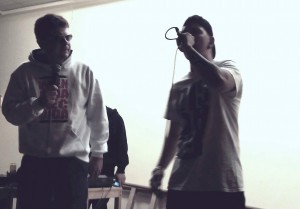 On the first Weekend of November in Austria, activists and sympathisers of the Socialist Left Party (SLP) celebrated the 100th anniversary of the Russian Revolution with a two day event called “A world to win”, full of discussions on historical and current political topics. Saturday night, after almost 10 hours of intense discussion, “” hosted culural performaces as part of the BadArt world tour. The first part  was led by celebrated author and historian Andreas Pittler, who read from his newest novel. “Wiener Kreuzweg” covers the tragic story of the austrian workers movement between the world wars, the revolutionary aspirations, the betrayals and crushing defeats.

After that, lights went off and the live concert started. Three working class left wing rappers, Disorder, Kid Pex and Holger Burner hit the stage and fired up the crowd with revolutionary songs. 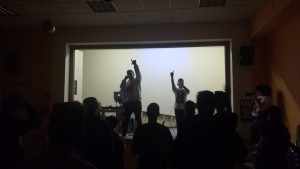 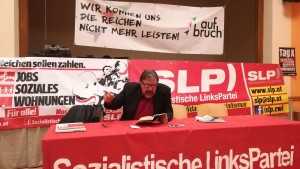